New Nokia 5310 review: know how this handset will come back after 12 years

Nokia 5310 Review: Nokia has recently launched a new feature phone in the Indian market. However, it can be called the new version of Nokia 5310 Music Xpress launched in 2007.

The right to make Nokia’s handsets is now with HMD Global, a Finnish company. This company is making smartphones from Nokia feature phones to smartphones. Since Nokia’s mobiles were quite popular at one time, so still the company relaunches the old popular handsets one by one.

The story of Nokia 5310 is also similar. Actually, Nokia 5310 Xpress Music was launched in 2007. Since its launch, it proved to be quite popular and people in India also liked it.

It has been more than a decade now and the company has launched a new avatar of Nokia 5310 Music Xpress. In the era of smartphones, will this feature phone be able to leave a mark in this segment, it will be known in the coming times.

For now, we are telling you the review of Nokia 5310 Xpress Music feature phone. If you want to buy it, then this review will help you.

The design of Nokia 5310 is taken from the original Xpress Music. Since that handset used to come in the mid-range segment, but it is a feature phone, so the build quality is average. Fine in terms of feature phones.

Music control keys are given in the same way as the 2007 music Xpress. The buttons and body are of plastic, the company could have improved it according to the price.

There is a camera on the rear panel of the phone and LED flash which can also be used as a flashlight. There is a battery cover that means you can remove the battery. Two SIMs and one micro SD card can be removed by removing the battery.

This handset has a 2.4-inch display and runs on the MediaTek MT6260A processor. This phone has 16MB of memory with 8MB of RAM, you can increase the memory through micro SD card. 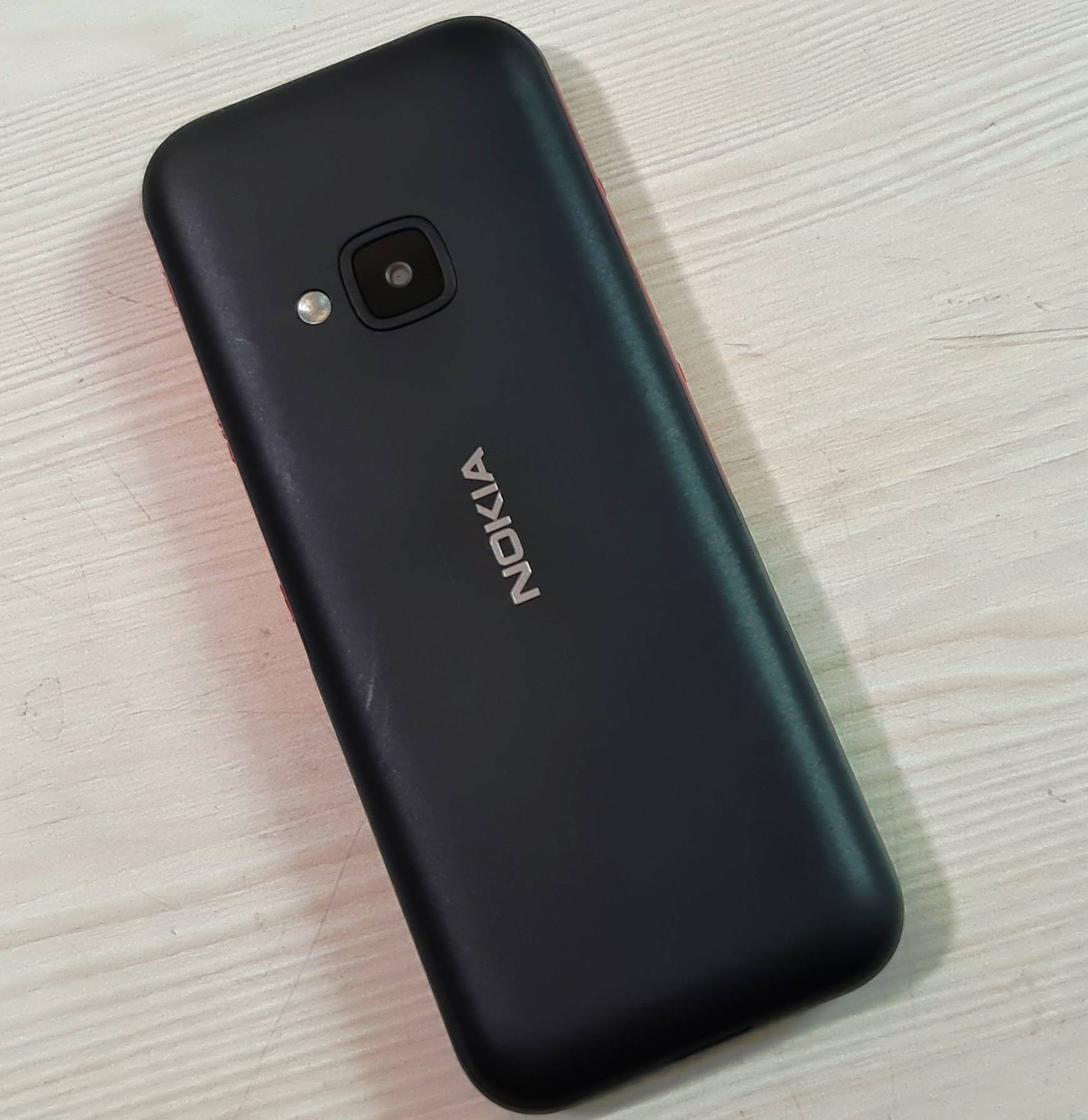 Connectivity features like headphone jack, micro USB 1.1, FM radio, Bluetooth have been provided in this phone. The battery of the phone is removable and it is 1,200mAh.

All the basic features have been given in the phone. You can also listen to FM without connecting headphones. Apart from this, the controls work well for music and this is a music based feature phone.

The company has done a good job in terms of audio quality. Dual front speakers have been given in this phone. There is also a dedicated audio chip, due to which the balanced sound is available. However, the chances of getting dust in both front speakers are quite high. Without the cover, a lot of dust can accumulate in it. Nokia 5310 runs on the company’s Custom Series 30+ software. It also has some pre-installed games of Gameloft, but this is just a trial version. You will have to pay for the full version. However, the classic snake game found in every Nokia handset is also given in it.

Apart from games, there are also apps like Facebook that you can use. WhatsApp cannot be run in it right now. For internet browsing, it has an inbuilt Opera Mini browser.

The phone is good in terms of performance, it has a 2 megapixel camera, which will be useful for clicking some important photos. You can use it in emergency, because you cannot expect good photography from it. There is no lag when using music or any application in the phone. Generally this happens in feature phones, but it is more smooth for music. Songs load quickly, control is good and switching is also fast.

You get good battery backup in this handset. You will run it at least 5 days by full charge once. Use a little less, it will run for 6 days. Standby backup is very much 10 or 15 days it will run smoothly.

Many feature phones are available in the Indian market at this price. Some of these run on KaiOS, because of this, more apps are also supported in them. But the thing is that if you want a feature phone, it is possible, you want to distance yourself from the social network.

It can also be that you are worried about data theft, you need the phone only for calling and music. Apart from this, there is also a reason that you have been a big fan of Nokia or you have used the 2007 Music Xpress and you like it.

If you agree with these things written above, then in such a situation you can buy this phone. If it is not so and you do not want a feature phone but a feature-smartphone, then this is not for you.

The new feature of YouTube, you will be able to purchase the product seen in the video directly, know the complete detail

WhatsApp: No account will be deleted on February 8, the company withdrew a step due to all-round criticism

Welcome to Setnewsbox , your number one source for all things. We’re dedicated to giving you the very best Information, with a focus on Your Needs.
Contact us: [email protected]