Now iPhone users can change the voice of Siri. Apart from female, now the option of male voice has also been given. This feature has come with iOS 14.5 update.

Siri is quite popular among iPhone users and people use this voice assistant too. Now Siri is present not only in the female voice but also in the male voice. You can change this. Earlier, the default voice female was given.

If you too have updated your iPhone with iOS 14.5, then you can follow these steps. To change Siri voice, the first thing to do is to go to the iPhone settings. After this, find the Siri & Search option here. Now tap on Siri Voice.

As soon as you tap on Siri Voice, you will get a list here where Siri Voice options are given. In this list, American, Australian, British, Indian, Irish, and South African options will be available. It will show Voice 1 and Voice 2 below. Although there is an option up to Voice 4, it is not in every country. 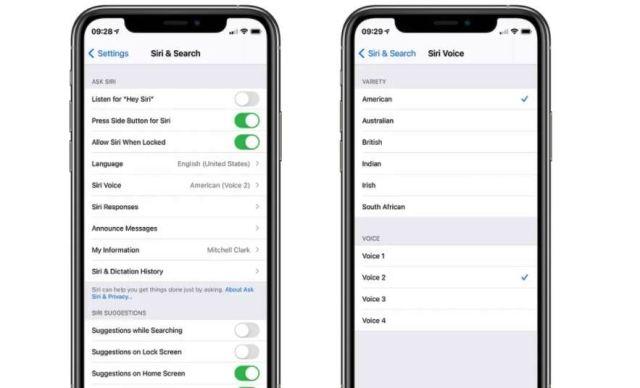 Now go to the top country and select one by one and tap on Voice 1 and Voice 2 below. Here you will get to hear the accent of different voices. From here you can select it.

Voice options with different accents and energy will be available here. The first is soft spokes, the second is with a little energy, the third is the male voice and the fourth is the Siri voice as before.

Now you can make default by selecting any voice from here. With this, it may take some time to download the voice and after that, you can communicate with Siri in a new voice.

Great opportunity to buy Redmi Note 10S today with attractive offers, find out where to buy

About Us Welcome to Setnewsbox , your number one source for all things. We’re dedicated to giving you the very best Information, with a focus on Your Needs.
Contact us: admin@setnewsbox.com