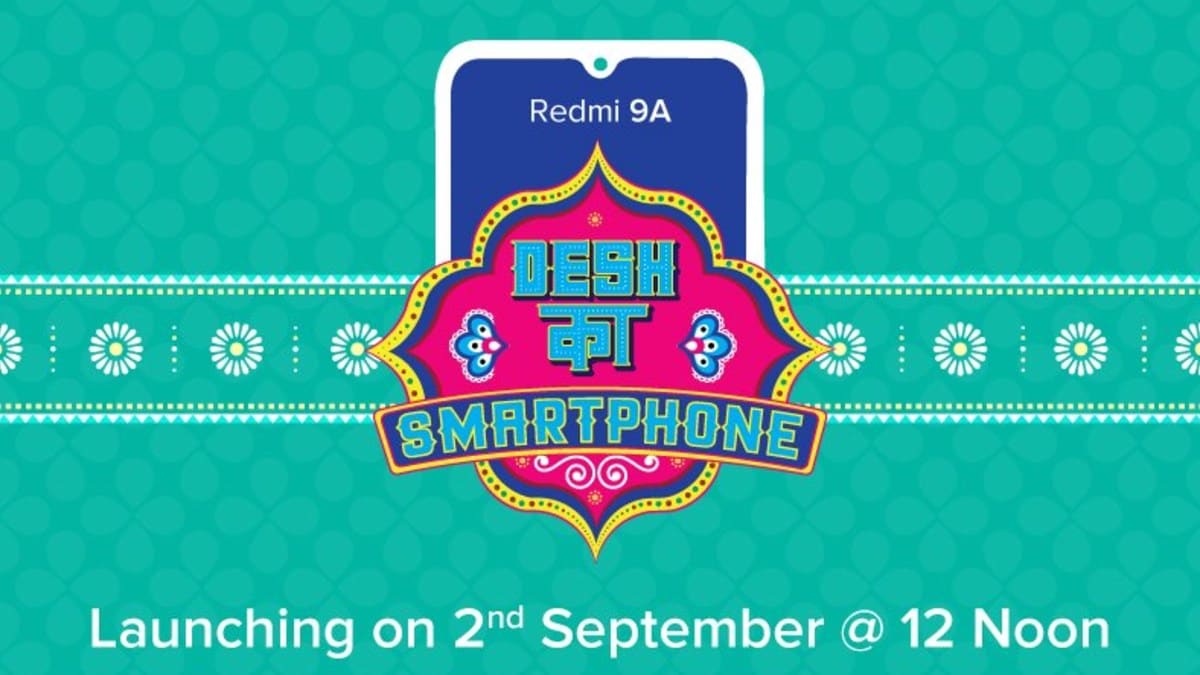 Redmi 9A is going to be launched in India on 2 September. Xiaomi announced this news on Friday through its social media channels. The new smartphone will be the third model of the Redmi 9 series in the country. Earlier, the company has launched Redmi 9 and Redmi 9 Prime in this series. Although information about the Indian variants of Redmi 9A is not yet known, but the phone was launched in Malaysia in late June with Redmi 9C. It comes with Waterdrop-style notch and has a single rear camera. The Redmi 9A will be an upgrade to the existing Redmi 8A, which was launched in the Indian market in September last year.

By Twitter account of Redmi India Shared According to the information done, Redmi 9A Will be launched on 2 September at 12 noon. One on the company’s Mi.com site Dedicated microsite Is made, which confirms the first sale of Redmi 9A on 4 September. The microsite also details some key specifications of Redmi 9A.

Earlier on Thursday, a report said that Redmi 9A could be launched in India as Redmi 9i. However, Xiaomi seems to have chosen another route for this and finally the company is bringing it to India with the current name.

Redmi 9A price in India (expected)

As we said, the Redmi 9A has been launched in Malaysia earlier. There is a possibility that the company will launch this phone in India also around the Malaysian price. Remind that the price of 2 GB RAM and 32 GB storage variants of Redmi 9A is MYR 359 (about Rs 6,300). In Malaysia, this phone has been launched in Midnight Gray, Peacock Green and Twilight Blue colors. The report, claiming to be launched as a rebranded variant of Redmi 9A in India, also stated that this phone could be launched in India in 4GB + 64GB and 4GB + 128GB options. It has also been claimed that in India, the phone will be brought in Nature Green, Sea Blue and Midnight Black color options.

There is a single camera of 13 megapixels on the back side. Its aperture is F / 2.2. For selfie and video calling, the phone has a 5 megapixel camera with F / 2.2 aperture, which has got a place in Waterdrop Notch. The battery of Redmi 9A is 5,000 mAh and it supports 10 W fast charging.

Connectivity features of the smartphone include 3.5mm audio jack, 4G LTE, Wi-Fi and micro-USB port. The phone supports AI Face Unlock. The dimensions of the Redmi 9A are 164.9×77.07×9 millimeters and weighing 194 grams.